People have been telling me for years that I should write a book. I’m a pretty private person and don’t crave attention, 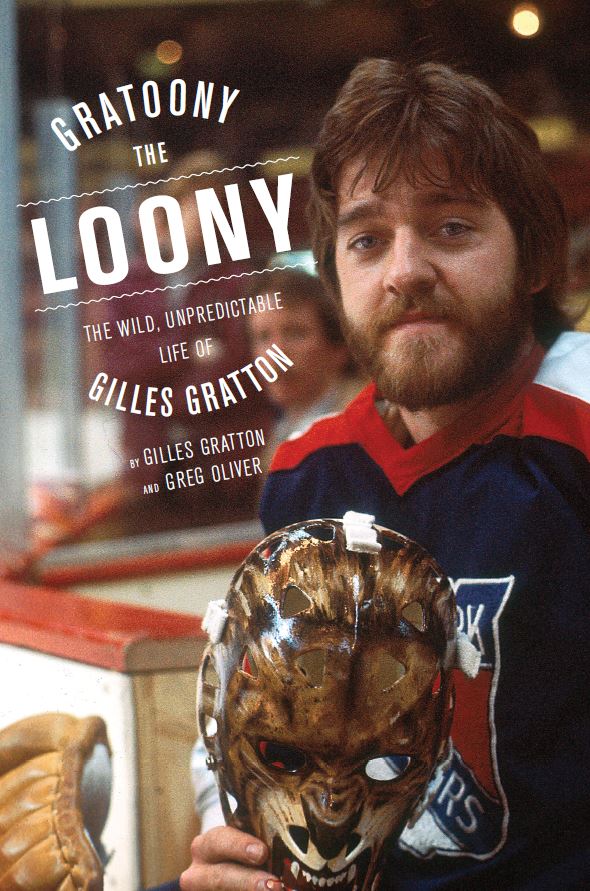 so it was a daunting idea.

Eventually, I came around to the idea, and in the summer of 2015, I started working with a Toronto-based writer, Greg Oliver, on my autobiography. Greg had done a number of hockey books already, so knew his stuff.

We decided to make sure to get input from my teammates, friends and family, since as Greg liked to say, “Everyone has a Gilles Gratton story.” Many of them are printed in the book.

The result is the book Gratoony the Loony: The Wild, Unpredictable Life of Gilles Gratton.

It’ll be out in October 2017, available everywhere books are sold, and in electronic format too.

Here’s the official write-up on it:

Gilles Gratton was not a typical pro hockey player. He refused to don his equipment and man his net if the planets were not properly aligned. He skated naked at practice. He created one of hockey’s most famous goalie masks based on his astrological sign. He fought with coaches and management, speaking his mind to his detriment. Sex, drugs, and rock ’n’ roll ruled his life, not stopping pucks. Truthfully? He never really wanted to be an NHL goaltender; he wanted to be Tibetan monk. And so, he quit hockey to seek enlightenment.

Now, in his autobiography, Gratton teams up with author Greg Oliver to tell his wild and at times, yes, loony story: from his early days in Montreal, where his brother Norm Gratton became an NHL player, too; through his stints with the OHA’s Oshawa Generals, the Ottawa Nationals and Toronto Toros of the rogue WHA, and the St. Louis Blues and New York Rangers in the NHL.

I’ll looking forward to hearing what you think about it.